Registering WinRAR on a Linux machine in 2020

The recent LGR video prompted me to write about my experience on how I got an official WinRAR installation to run on Ubuntu.

Back in August, I decided to treat myself to something nice to celebrate my thirtieth birthday. After a session of deep introspection, I concluded that it was time to purchase a WinRAR licence. Registering WinRAR was supposedly considered to be a rite of passage in ancient cultures, the turning point where boys became men. I felt that I had finally reached a level of maturity that would permit me to embark in this life changing journey.

The process itself was relatively straightforward. I went over to the official website and placed an order, and they sent me an invoice and a link from which to download the licence key, itself compressed in a RAR archive. I couldn't help but marvel at the website, it aged like fine wine. It is reminiscent of an earlier internet, and I look back fondly to a time where websites used to be much simpler.

You'll notice I also placed an order for the physical CD. I didn't think it would reach its destination, especially since this was in the middle of a global pandemic, but it did arrive eventually. I handled it with great care. 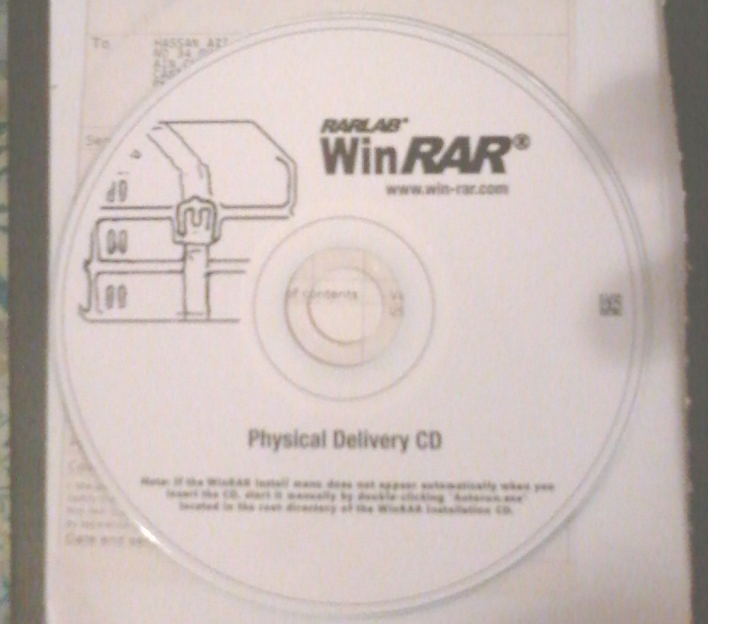 I'm disappointed that it doesn't say "Congratulations, a winrar is you"

I still had two obstacles in front of me. The first being that my laptop doesn't come with a CD drive, and the second being the fact that I'm running Linux. For the first issue, I bought an external DVD drive for 360 MAD (or about $36) that worked out of the box. As for the second one, let's just say that it's called "Win"RAR for a reason. Fortunately I was able to get it to run on Wine. I'm using Wine Staging 5.6 so I can't tell if it's going to work with the stable versions. I don't really want to mess with it because it took a lot of tuning to get it to run Starcraft, but I'll update the article if I test it on a stable version. 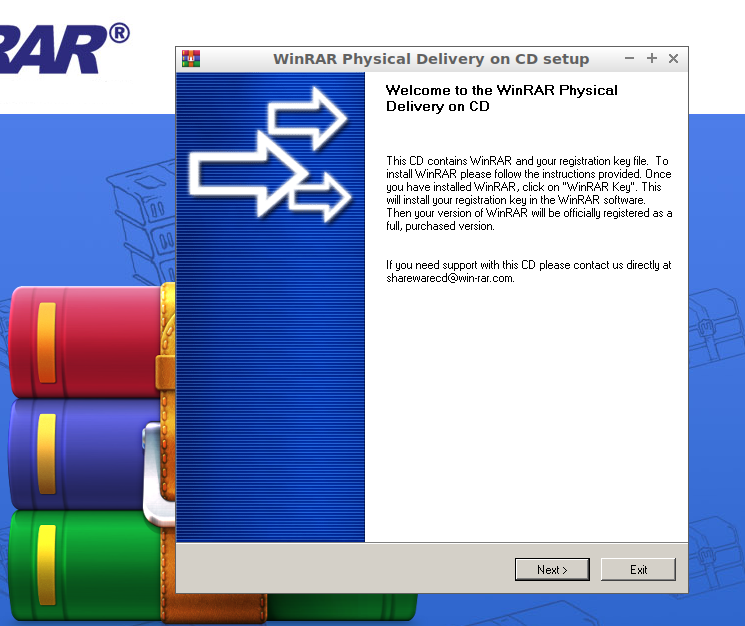 I couldn't get it to install the 64 bit version because of a Wine misconfiguration. I settled for the 32 bit version and the installation went smoothly. The activation process was even smoother, all I had to do was press "Install WinRAR key", and the installation program automatically loaded it from the CD without asking me to browse all the way over there. 10/10 UX right there. 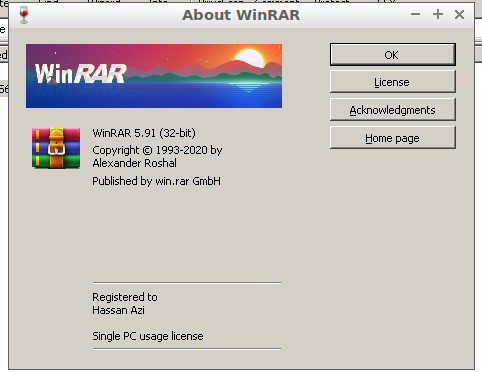 It's worth mentioning that the download section offers a console version of rar that is compatible with Linux. I still got WinRAR because I wanted the authentic experience.

While browsing the website, I also realized that there is a 6.00 version. The CD I got only has 5.91. This means that they already released a new version during the time it took for the CD to be shipped ! Indeed, the changelog indicates that 6.00 was released on December 2020.

And that's the story of how I crossed off one of the many items of my bucket list.